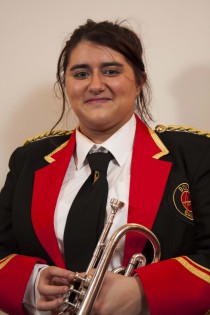 I first started playing cornet at the age of 14 first joining Hoover in 2005 and then took a few years out while I focused on my GCSE's. I then took the Principal Cornet position in 2009 as a trial but have not moved off the seat. My favourite Brass band Test piece has to be either English Heritage or Devil and the Deep Blue Sea. My favourite Concert piece would have to be Cry of the Celts. My most memorable moment with Hoover is winning the Northwest area in 2011 and going to Cheltenham (First time I’ve been anywhere that posh) 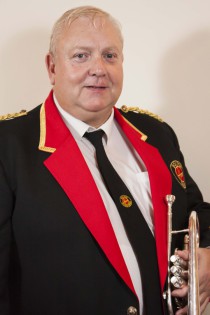 I first started playing in 1966 and played for 7 years before joining Hoover in 1973 playing cornet, while with Hoover I dabbled on Soprano but settled back on Cornet. My favourite test piece would have to be Goff Richards oceans and favourite concert piece has to be either Mahler’s Choral from symphony No 3 or Zelda. My most memorable moment with Hoover is winning the National finals in 2004. 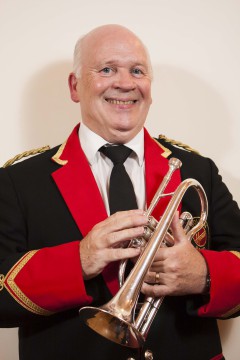 I started playing with Thornleigh School Band in 1968 and joined Eagley in 1974, playing on the front row and sop (not at the same time) until 2003 when I joined Nelson on sop. Joined Hoover in 2006 on sop but saw the light in 2010 and moved on to the front row. I’ve always played cornet and due to constant changing between Bb and Eb, I am now able to mis-pitch by both a 4th and a 5th!! My favourite piece is Philip Sparke’s “Land of the Long White Cloud”. My most memorable moment with Hoover was on a march in 2009 where I played bass drum using a bottle of Buxton Spring due to a discernible lack of a beater – not sure percussion’s my thing! 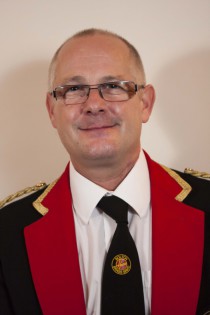 I first started playing in 1977 at the age of 11 where I joined Hoover instantly playing Cornet. During my time at Hoover I had the opportunity to play Flugel but then decided to go back to cornet. My favourite brass band test piece has to be Eric Ball’s masterpiece Resurgam (‘I Shall Rise Again’) Favourite concert is the Theme from Gladiator. My most memorable moment with Hoover was being left behind at Buxton Contest at the age of 16. Think someone was trying to tell me something!!